With a day full of street parties, margaritas and strolling Mariachi bands, it’s easy to get distracted. I’ve found over the years that the best way to handle these distractions is to just go ahead and let my mind wander, knowing that it’ll come back when it’s good and ready. And it did. And it was hungry. Wandering, even if it’s only your mind, can build an appetite. With a couple of cravings already hitting me, my trusty old weber was fired up and huffing and puffing. And today, or should I say because of today, I’m heading south of the border, grilling chorizo sliders with homemade pickled cactus, fajita chicken tenders, and pork and rice stuffed jalapeños wrapped in bacon. Muy Bueno!

For some reason that now escapes me, I decided to try my hand at pickling my own cactus, you know, in the tradition of the great cactus picklers that came before me. I naturally had to start with some fresh cactus paddles, which I assumed I would be able to find already cleaned, but as you can see in the picture, this is what I came home with.

Soooooo, pouring myself a salty chihuahua, if for no other reason than to show my Cinco de Mayo  participation, I started cleaning these paddles, knowing all the while they’d fight back. But hey, I’d rather be pulling the needles out of the plant than having someone pull them out of various parts of me, and I know of what I speak, having made a poor decision to mindlessly roll down a hill when I was young, not knowing that there was the slightest of drop-offs at the bottom of that hill, ending with a nice cactus patch eagerly waiting to soften my landing. Life lessons indeed!

Moving on, after a couple more chihuahuas and a hand full of sore fingers, I cut the cleaned paddles into 1/4 inch strips along with a large jalapeño
and about a third of a red onion.  Then I threw this combo into a bowl with a heavy dose of kosher salt for about an hour to get rid of the notorious slime from the cactus strips. 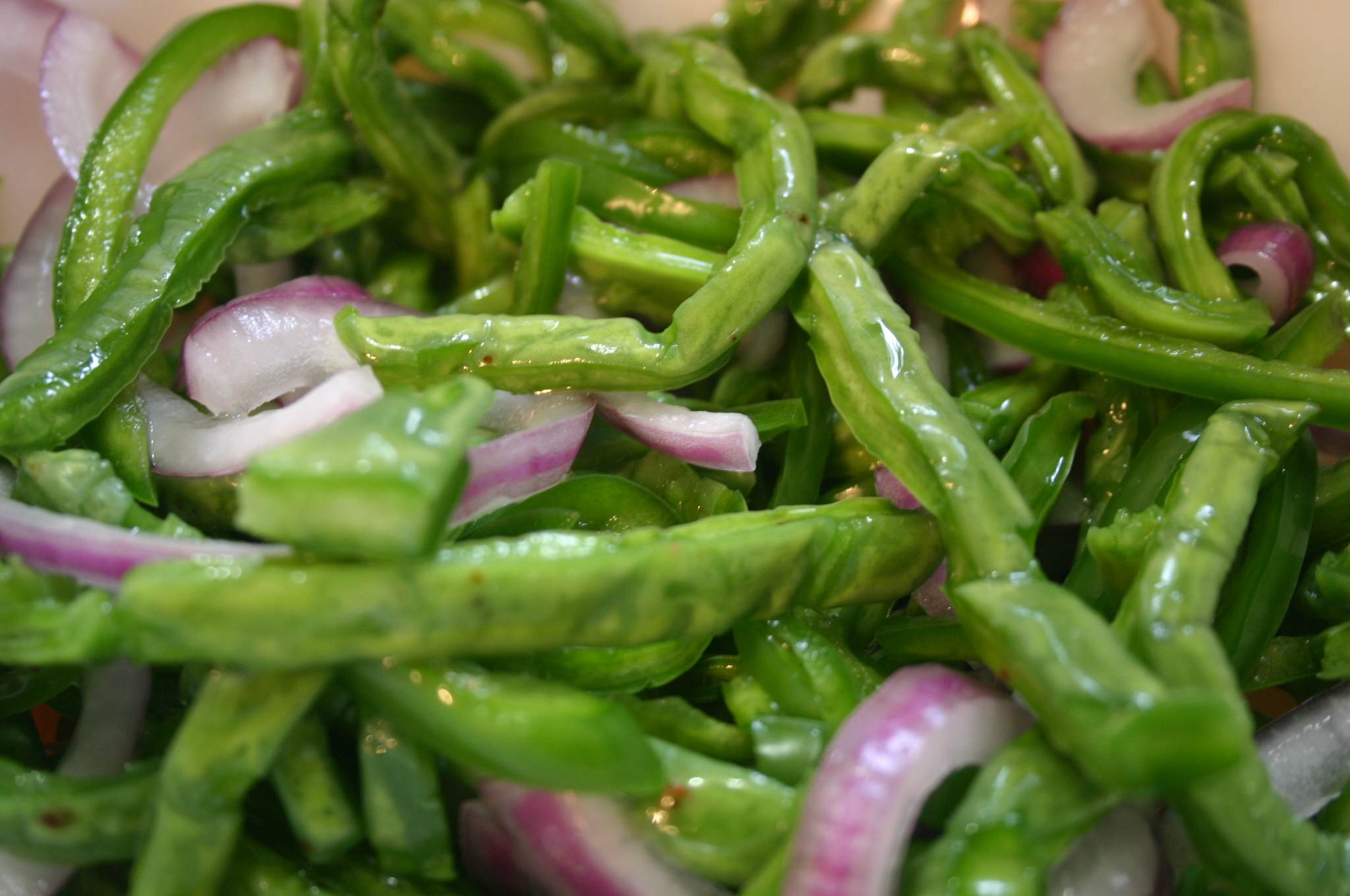 By now, I started to wonder what I got myself into. After a good rinse, and a recurring quote from Ghostbusters, “He slimed me. I feel so funky”, the strips were covered with a standard pickling solution, including a bit of tequila and smoked paprika, for at least a few hours, preferably one or two days. Success! Hopefully.

Finally getting to the meat of the matter, so to speak, the ground chorizo and pork sliders were spread out over a lump charcoal, wood fired grill for a high heat sear. For those not as interested in the chorizo slider idea, fajita chicken tenders made their way on the grill as well. Hooray for choices! 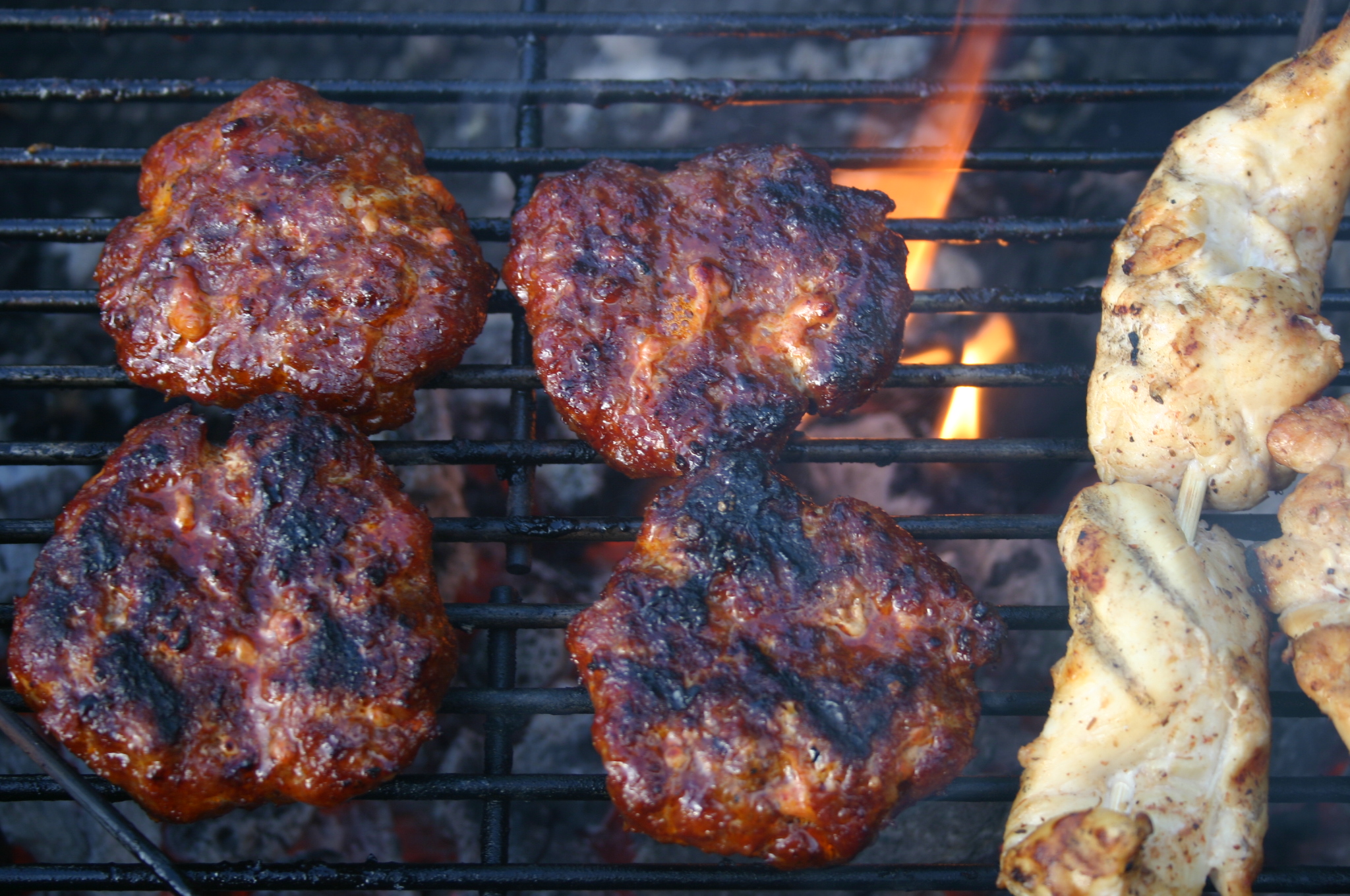 Which then led to another south of the border favorite. The siesta.

Chorizo Sliders topped with Pickled Cactus, Jalapeño and Red Onion Slaw, along with a Bacon Wrapped, Pork and Rice Stuffed Jalapeño, washed down with a Salty Chihuahua.

Because Life is Better Wood Fired

← Grillin’ Steak, Enjoyin’ The Day
Paella On The Grill, Sangria In The Glass →