The days are shorter, the shadows longer, and one’s belly gets a hankering for something a little more filling than a burger, hot dog, or sausage burnt over fire. Something a little more complex and layered in the flavor department. Fortunately for us, when these situations arise, there are those flavor wizards out there ready to help in a moments notice. With that comforting thought, it’s time to get after it and stuff a pork tenderloin with a sweet and salty, briny mix of a Black Mission Fig and Olive Tapenade from Salume Beddu, a local artisan cured meat shop. This is gonna be good.

After roll cutting a pork tenderloin, the fig and olive mixture was spread and layered on thick from end to end, just like grandpa’s sliced butter on his toast, and then topped with a goodly amount of raw spinach.

Grab the ends, and get to wrasslin’ with it until you declare victory by having it all rolled up and tied off, keeping everything as tight as possible.

I’m not saying that you shouldn’t season the outside a bit, but since there’s already a ton of flavor in the filling, all I added was an additional sprinkling of seasoned black pepper. The pork roll can then go back in the fridge for a rest whilst soaking in those tapenade juices. I let it stay there until the old belly started grumbling, signaling that it was time to get a fire started, indirect style, so as to get this stuffed tenderloin on the grill. The first few minutes, because I was feeling lucky, and confident in my knot tying, I seared the outside of the pork directly over the hot coals, rolling it every 2 to 4 minutes until the char marks appeared and I could smell the sweet fig juice beginning to caramelize, which was a treat in itself.

After that searing, the pork can be escorted off of the fire, all the way over to the cooler side. Close the lid and let it be, giving it a good chance to roast in all those delicious flavors from the tapenade.

Checking the internal temp every 15 to 20 minutes, I’m looking for a temperature of 150 degrees.When I get it, I’m pulling it from the grill and tenting it for about ten minutes.

On first cut into this crusty, juicy, stuffed pork roll, the first thing I notice is the sweet smell of the Mission Figs. But the saltiness of the olives and their brine counteracts that sweetness perfectly, mingling in with the balsamic, spinach, garlic and black pepper, producing a pork bite that constantly changes while you eat it. All the flavors and textures show themselves on cue, producing a deliciously stuffed and juicy pork tenderloin. 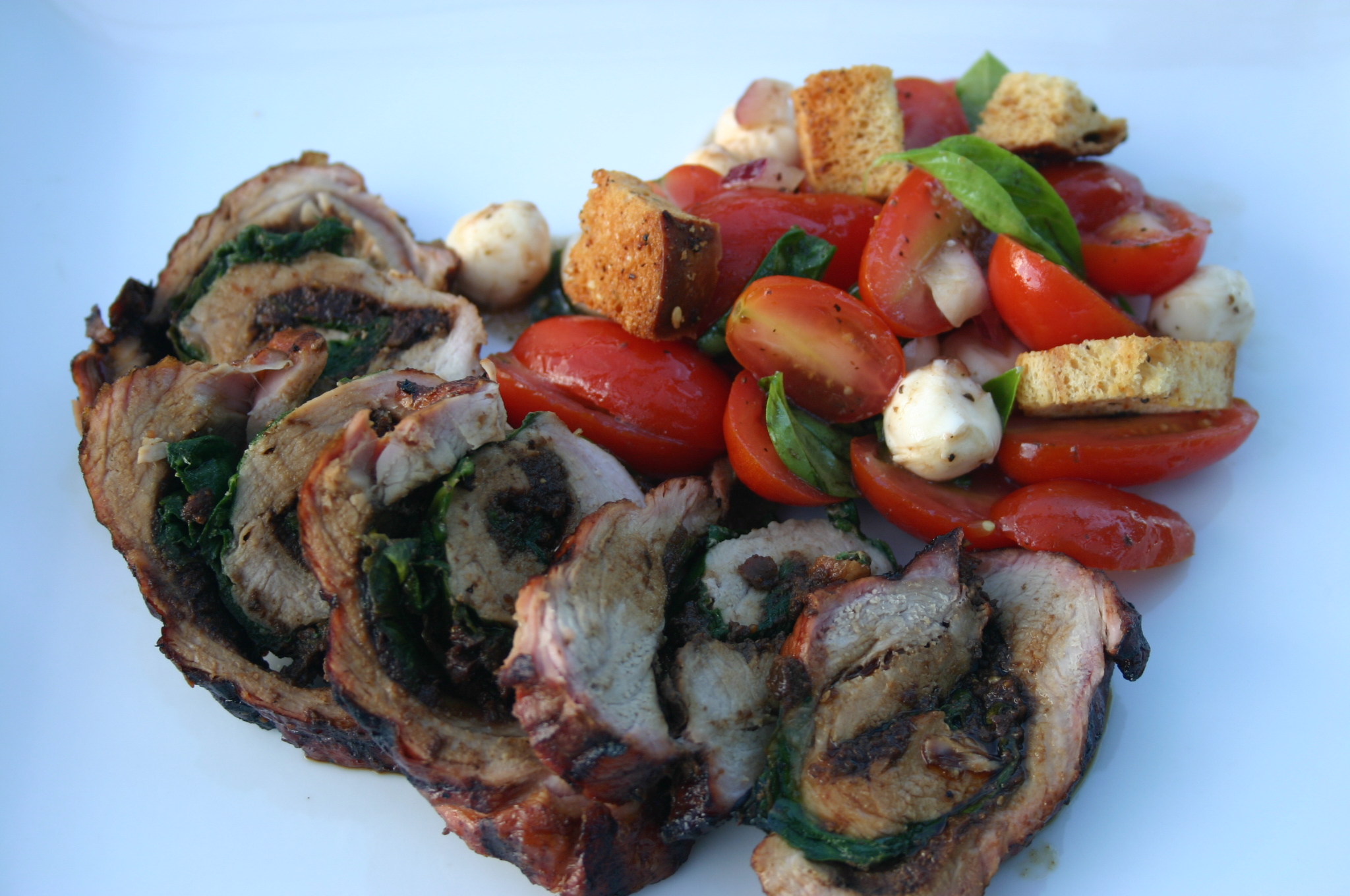 Because Life Is BetterWood Fired